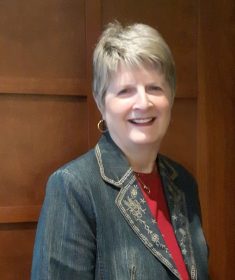 The Founder
President and Chairwomen
Administrator and Management Consultant

Vanasse & Associés clients, some of which are multinationals, are based in Canada, Europe, Australia and the United States, among other countries.

During her career, Mrs. Vanasse has given conferences, seminars and numerous hours of training on international commerce and management in Canada, United-States and in Europe for her public and private sector clients and partners. This include: the MDEIE, the BDC, the CCI, the HECs, Emploi Québec, the Quebec Agri-Food Export Club, the MAPAQ, I.E.Canada, the Board of Trade of Metropolitain Montreal – World Trade Centre Montréal. In France, her services were also called upon by Groupe ESC Toulouse, Toulouse Business School of Toulouse, and Classe-Export have also called on her services. Complete list can be found on the website. Other projects are currently in development.

Mrs. Vanasse has degrees from the University of Québec at Trois-Rivières and the University of Montreal. She continually upgrades seeks the latest information and training in order to remain at the cutting edge of topics that interest her and for which she provides consulting services.

Mrs. Vanasse has written several articles and specification sheets for such publications as L’actualité alimentaire, the Expéditeur (Gestion & Logistique); ICI Magazine; Québec Inc Magazine; Action Canada-France, The Business People’ Magazine; a French Magazine Classe-Export, Lyon, France; and also for Les Éditions Techniques de l’Ingénieur, Paris, France. From 2007 up to 2012, she was a member and a partner of the Fédération Internationale des Journalistes et Écrivains des Vins et Spiritueux (FIJEV), an international organization for wine journalists and writers. Most of her articles can be found on the website.